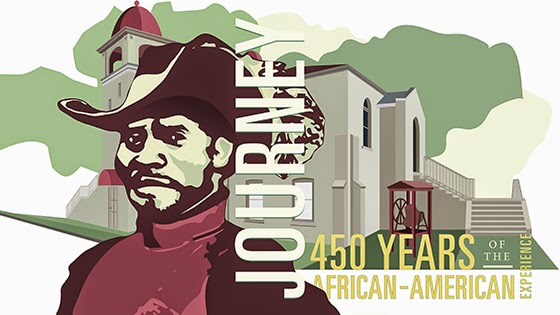 On Saturday, February 7, as part of the Middle Passage Project, a ceremony and historic marker installation will commemorate the Middle Passage endured by slaves on their journey from Africa to the New World.   An Ancestral Remembrance Ceremony honoring the millions of Africans who perished in the Middle Passage of the transatlantic human trade is set to take place at noon on the north lawn of the Castillo de San Marcos. Following, there will be a 3 p.m. marker unveiling at the Mission Nombre de Dios in St. Augustine. www.middlepassageproject.org

On Saturday, February 14, from 10 a.m. to 3 p.m., Fort Mose Historic Sate Park will host the annual Flight to Freedom reenactment. Visitors to the historic site can experience the freedom trail as they encounter a freedom seeker, a Yamasee in search of freedom, a trapper turned bounty hunter, a Franciscan friar and other historic characters as they find their way to Spanish Florida and freedom.

Garcia Real de Santa Teresa de Mose, or Fort Mose, located on the north side of St. Augustine, was founded in 1738 and is one of the original sites on the southern route of the Underground Railroad and the first legally sanctioned free African settlement in what would become the United States.  The residents of Mose were former slaves from plantations in the Carolinas and Georgia during British rule. By fleeing to Spanish controlled St. Augustine, they found freedom and land of their own at the northern militia outpost for the city. www.floridastateparks.org/park/fortmose

Each Saturday throughout the year, St. Augustine Black Heritage Tours Inc. offers a free historic walking tour at 4 p.m. Learn about St. Augustine's historic role in black history and events leading up to the Civil Rights Act of 1964. Tours depart from the Tour Saint Augustine office, 4 Granada Street and encompass several blocks over the course of an hour. Space is limited and advance reservations are required. 904-825-0087 www.StAugustineBlackHeritageTours.com

A self-guided audio tour produced by The ACCORD Freedom Trail Project consists of 31 historic markers located at various sites significant to the St. Augustine Civil rights movement. This cell phone audio tour is available by calling 904-335-3002. Learn more at www.accordfreedomtrail.org

30-minute program tells the story of the earliest African settlers who arrived in St. Augustine in 1565 not as slaves but as free men working as engineers, farmers, and interpreters helping 16th century Spaniards establish St. Augustine. The story also enlightens audiences about what happened over the next 400 years to the people of Fort Mose, and later the city’s Lincolnville neighborhood – and events that would culminate in a violent crescendo that pushed the stalled Civil Rights Bill into law. Check local listings for air times or view the trailer here - http://vimeo.com/user11736970/review/102539312/9652f3f0de


Can’t make it to St. Augustine but you’re still interested in the city’s unique African history? Simply go online to the Civil Rights Library of St. Augustine www.civilrightslibrary.com. The Civil Rights Library of St. Augustine preserves, and makes available to the public, historical material documenting St. Augustine’s local race relations during the 1960s. In a collaboration between Flagler College faculty and students, the Andrew Young Foundation, and members of the community, the library features collected oral histories, interviews, documents, and photographs. Begun in 2012, the project continues to collect and interpret these materials.


Black History Month originally began in 1926 as a week-long observance during the second week in February. This week was selected because it is the birthday week of both Frederick Douglass and Abraham Lincoln. Douglass, an advocate for the African-American community and friend of Lincoln, had a main role in the passage of the Emancipation Proclamation of 1863. Douglass visited St. Augustine for one day and spoke about the continued struggles of African-Americans. A marker on St. George Street honors his visit to St. Augustine.

About the St. Augustine 450th Commemoration
St. Augustine is America's first city, established in 1565. It is a city built on discovery, courage and enduring spirit; it is a city built by pioneers, soldiers, artisans and entrepreneurs. Four and a half centuries later, the city and its people continue to symbolize the rich history and cultural diversity that makes St. Augustine unique. In 2014 the City of St. Augustine commemorated the 50th anniversary of the Civil Rights Act and the area’s lengthy African-American history. More information can be found at: www.facebook.com/450th, www.twitter.com/StAugustine450 or www.staugustine-450.com.

Orlando Homeschool Enrichment is a blog devoted to promoting local homeschool events and resources in the Central Florida area. Please contact us at gretchen underscore goel at yahoo dot com.